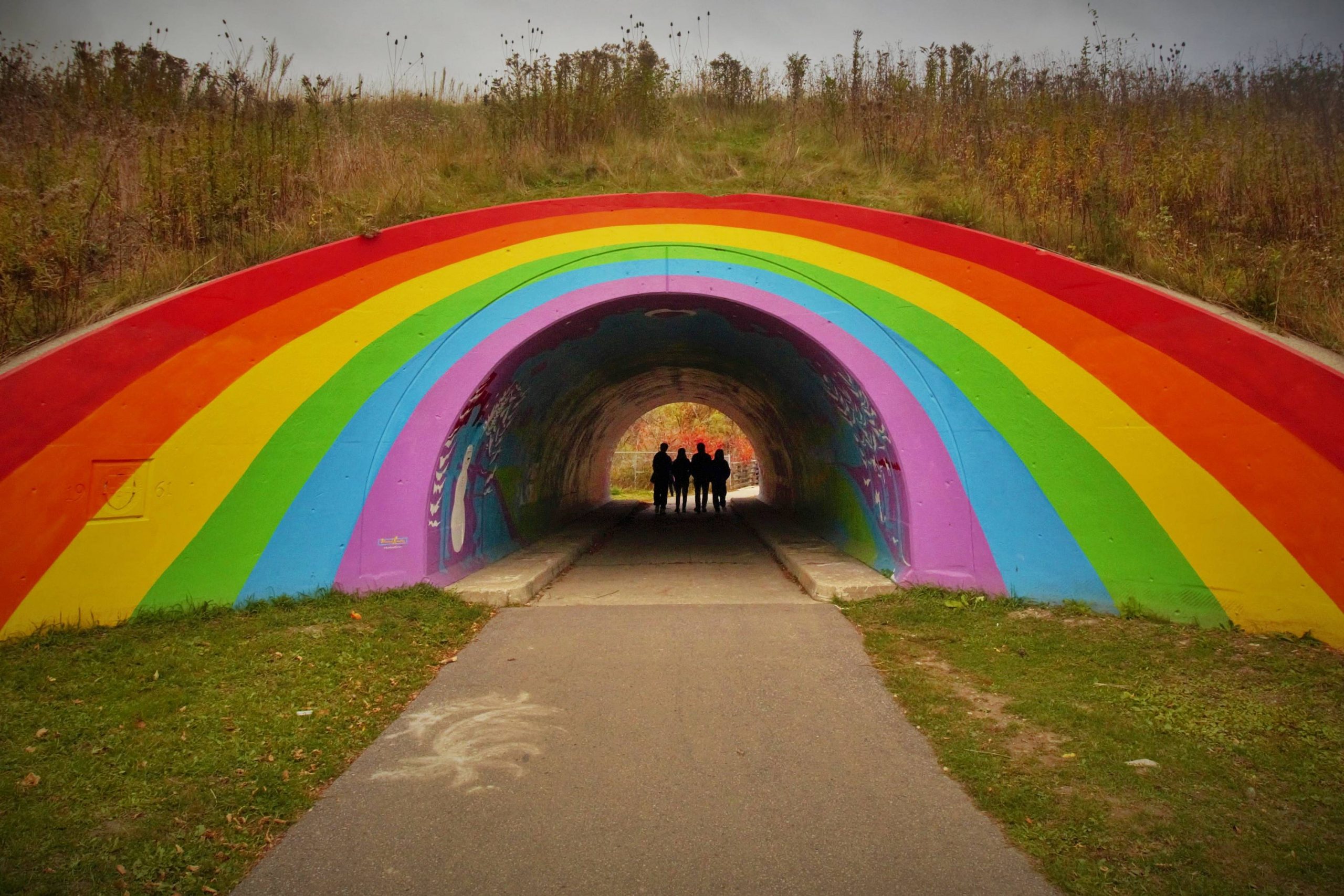 On the Moccasin Trail

A familiar sight to anyone who travels Northbound on the Don Valley Parkway, this cheerful mural was first created in the ’70s by Norwegian mural artist Berg Johnson, aka ‘“Caretaker of Dreams”, in memory of a friend who died. He was actually arrested several times over the years when he returned to do re-do his work after the City Parks Department painted it over.

Fortunately, times have changed and the fomerly “guerilla” mural is now accepted and even celebrated by the municiple government. In 2013 the mural was given a facelift by on-profit organization Mural Routes with the support of the City of Toronto.

Most recently the iconic rainbow gained fame for being featured in a painting called “Country-Rock (Wing-Mirror)”  by Scottish artist Peter Doig which sold at auction in the UK $15.5 million (USD).

I’ve created a T-shirt of this colourful spot thru French company (they have, sadly, shut down since I made this post.)

There is one available now on Society6