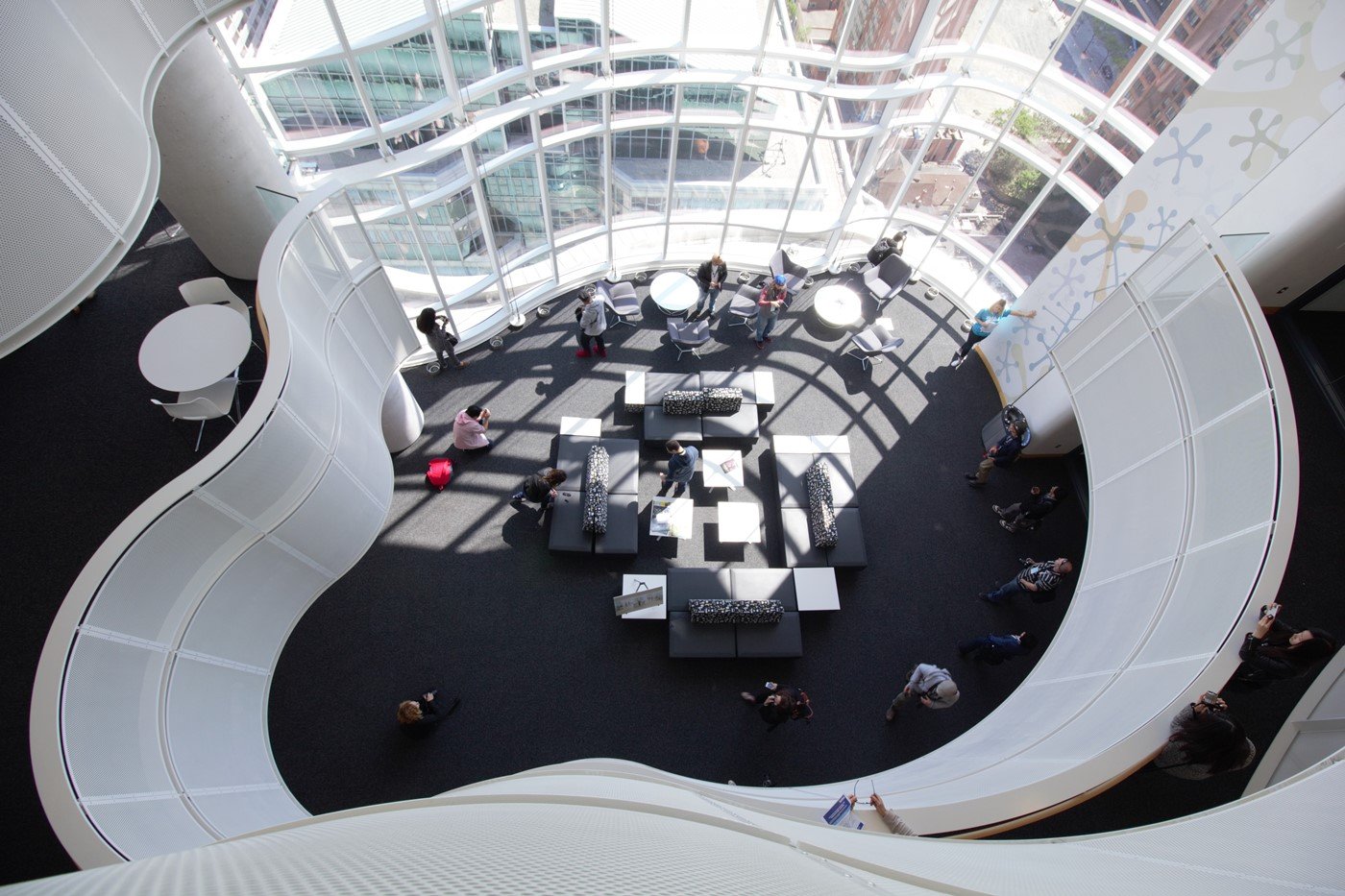 One of my favourite events of the year, Doors Open Toronto was held this past weekend. Over 150 buildings around the city opened their doors to the public, a chance to see inside places otherwise off limits.

I managed to catch a dozen locations this year over Saturday and Sunday.

I joined the Doors Open instameet held by @6ixwalks to check out some great downtown spots included in the event.

Great views through dirty windows…too bad they didn’t give ’em a shine before they invited company over : /

The last double-decker Edwardian theatre facility in the world at 189 Yonge Street.

Now called MaRS, this location has been part of important scientific discoveries in Toronto for over a century, including insulin and heparin.

On my own on this day, covering some locations a bit further afield, starting with the spectacular Aga Khan Museum in North Toronto.

Both buildings, on the same complex, are packed with gorgeous details all giving a nod to Islamic design and geometric pattern.

I remember the original Amsterdam Brewery inside the restaurant on John Street back in the early ’90s. The brewery has come a long way since then.

It hadn’t occurred to me that this would be a place for kids until I opened the door and heard what seemed like 10,000 gleeful little voices!

This is the oldest water pumping facility in Toronto, sending water up to higher ground.

The Masonic Temple has been used for a lot of purposes over the years. Currently, the building is the home of Info Tech, a reasearch and technology company. It made me think of HBO’s Silicon Valley – a a very “Hooli” kinda vibe with its funky grafittied walls, golf-simulator and gym facilities.

My only disappointment is that the event isn’t longer so I could see more. There’s just not enough time to see them all.