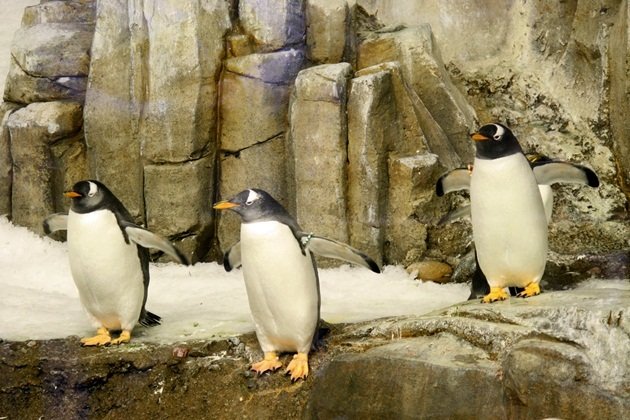 Located next to the Olympic Stadium, Montréal Biodôme is a showcase of  plants, animals and fish divided into four ecosystems found in the Americas: Tropical Forest, a replica of the rainforest, The Laurentian Forest, a replica of the North American wilderness, The Saint Lawrence Marine Eco-system, an estuary habitat modelled on the Gulf of Saint Lawrence and a polar area that is divided into Arctic and Antarctic.

It was a busy long weekend and the facility was packed with families, children and strollers, so getting good shots was a challenge. I never could get a good image of the otters that were darting around in their environment, which is a shame because they are so darn adorable.

Fortunately, one of my other faves, the penguins, were on full display and it was feeding time so they were very excited. The lynx was a tricky one to get to as well but he/she did sit still just long enough for a couple of good pix too.