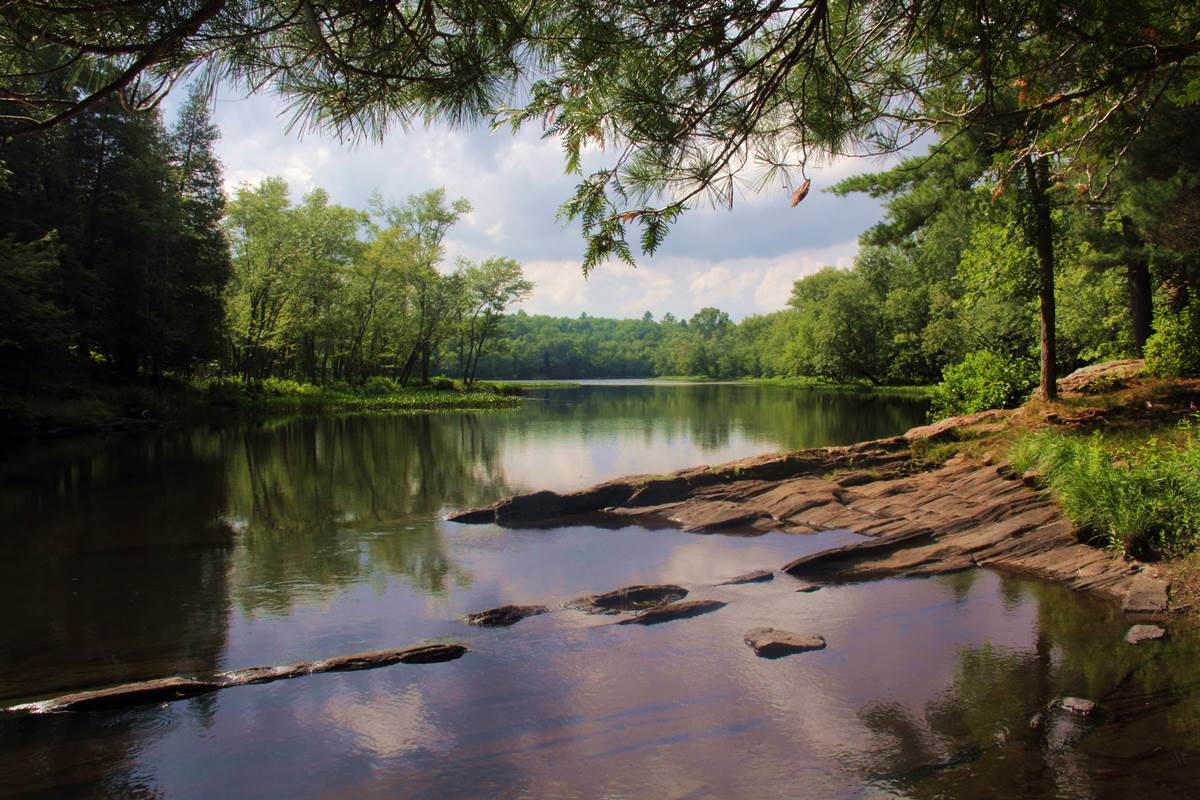 About a decade ago I used to spend quite a bit of time in the Kawartha Lakes area but I hadn’t been back up there in years. So when friends asked us to join them at a cottage on Stony Lake for a few days this July we gleefully said yes. And, of course, I was excited for the photo opportunities of this beautiful area.

The cottage they were at was just off of Northey’s Bay Road, a winding lake-access road that runs from Highway 28 in Woodview to County Road 6 along the shore of Stony Lake. It’s not a very long road but there are a few great points of interest along it,  including a couple of significant treasures of the Kawartha Lakes Region.

Stony Lake is the easternmost lake in the chain of lakes called “The Kawarthas”. These lakes are all connected by the Trent-Severn waterway, a system of canals and locks that allow boats to travel the 386km stretch of Ontario, from Georgian Bay to the Bay of Quinte. Stony is considered one of the jewels of The Kawarthas, with both seasonal cottages and year-round residents.

I was sitting down by the water when all of the sudden I saw this orange glow behind the trees across the lake. I didn’t clue in to what it was at first, and then I realized it was the moonrise. The moon happened to be in its Perigee phase and although not a full moon the size and colour were still impressive. OMG – where’s my camera!!

I wasn’t prepared for it at all and after stumbling around in the dark to get my tripod set up I got a couple of decent shots, although it had risen up quite a bit while I was futzing about, so the initial alien glow had dissipated.

The next night I was more prepared with my equipment, although we all learned a little about the moon that evening. I had never really paid attention to moon rise times or positions and was perplexed when it did not come up around the same time as the night previous. About an hour and a half later I finally saw the orange glow again, this time from the other side of the clearing in front of the cottage. Thank goodness one of us was able to get enough cell signal to Google and find out what was going on. We had a good laugh at how little we all knew about the moon rise this far into our lives!

I found it impossible to auto-focus on the moon from the distance I was at, so manual focus was necessary. Unfortunately, I am not good a manual focus. I just can’t see clearly enough to know if I’m focused properly or not. So, these shots are mediocre at best, but considering I’ve never shot this subject before, I did OK. And now I have something new to learn so I can be prepared for the next Perigee moon we are expecting in August.

I went for a walk east from the cotage along Northey’s Bay Road and discovered a beautiful spot along Eels Creek in the Peterborough Crown Game Preserve, near Petroglyphs Provincial Park. In the parking area I was chatting with a lady who told me there was a waterfall, called High Falls, about 2km into the forest. I didn’t have time to go investigate then but planned to come back and see if I could located it it another day.

On the last morning up north I decided to check out the forest trail and see if I could find the High Falls. Sadly, I did not. I followed the rugged, mostly unmarked trail for around 2 km, but didn’t see or hear anything of it. Found myself at sort of a dead-end along a cliff and decided to play it safe and head back. I’ve since had a chance to look at the map in more detail and figure out where I went wrong. I was almost there, just needed to keep going around the large inlet to the other side and I would have seen it. Oh well. Perhaps another time. Will take someone with me next time though, as being in the woods alone got me paranoid about running into a bear. It’s not out of the realm of possibility, especially since someone had left a full black garbage bag at a campfire site I came across. Not good, people. No garbage pickup out here, so have a little respect and take your bear-attracting crap with you !!

Since I didn’t find the waterfall I decided to go check out Quarry Bay Beach, a small public beach area along Northey’s Bay Road, which my friend pointed out on our way to Petroglyphs Provincial Park the day previous. The clouds were amazing that afternoon!

Last stop along Northey’s Bay Road is the site of ancient native rock carvings that are over a thousand years old!

I had been to see these Petrogylphs once before, but many years ago and I was eager to have a look at it again. I didn’t know that photos of the petroglyph site are not permitted, so my hopes of getting good shots there were quickly extinguished. Oh well, got a nice shot of the girls (my friend’s daughter Keira and her friend Fiona) in the welcome centre. You can get the idea of what the gylphs are like from the photos inside this building.

When My friend suggested that we go out for dinner to a restaurant in Woodview I was surprised. Woodview? Really?

Well, in fact, yes! Really! Uncle George’s is a quaint little country-style restaurant featuring prime rib dinner every night. I chose to have ribs, which were one of the daily specials (quite good), but the rest of the adults at the table had the roast beef and they raved about it. The prices were reasonable and the service friendly. Another pleasant surprise of Northey’s Bay Road.