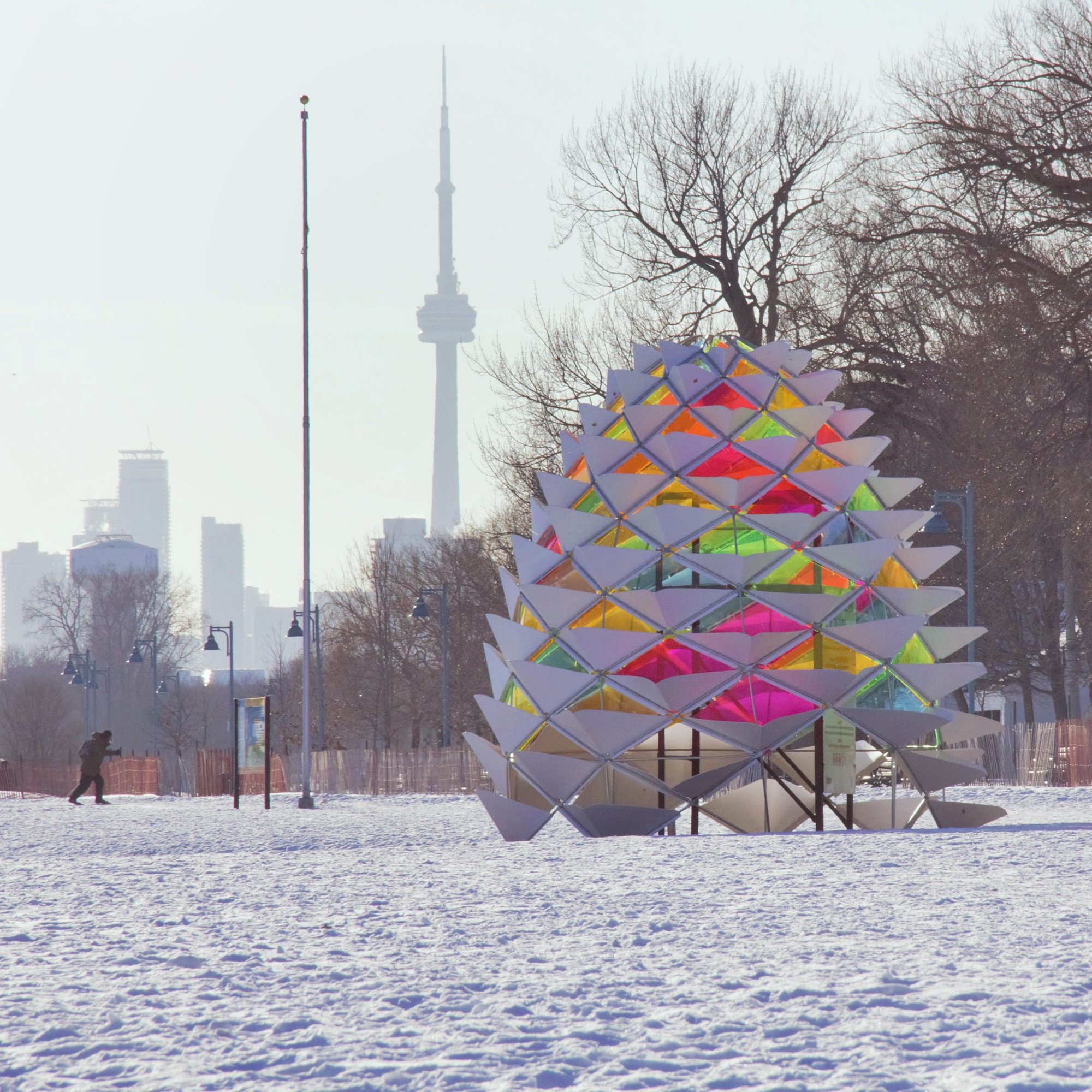 5 Lifeguard stations transformed into beautiful and functional art in The Beaches.

What better day than a sunny afternoon with a windchill around -20C to go check out the Toronto Beaches Warming Stations?

A temporary art installation at Kew Beach in Toronto’s east end, the designs were chosen as part of an internation design competition launched by RAW architects.

A great way to bring a little joy to the frigid temps we’ve been having these last few weeks.

The 5 Toronto Beaches Warming Stations, from west to east:

My favourite of the group, this one was not actually an official entry into the competition. The Department of Architectural Science at Ryerson University was invited to join the other four finalists and designers Diana Koncan and Lily Jeon really did an awesome job with this one.

By British architects Dan Wiltshire and Ed Butle (MB Studio, London/Liverpool, UK), this one might not keep you very warm, but swinging on those cheerful orange loops does look kinda fun…and if you get too cold you can move on to one of the others.

Creator Timothy Olson added a small firepit in the middle of this one, enhancing the warming effect and making it one of the most social of the group. I stopped by both coming and going for a moment of rest by the fire and conversation with other passersby.

A first I found this one the least attractive of the bunch, but once inside it seemed to be the one that would definitely keep you the warmest. The dark, mini-labryinth by Michaela MacLeod and Nicholas Croft was envisioned as “a thermal jacket for a lifeguard station”. The longer I stayed inside, the more it grew on me. I think this one was more about the experience than aesthetics.

The Toronto Beaches Warming Stations display will be up until March 20th, 2015.

More info at winterstations.com where you can also see concepts for other submissions that didn’t make the cut. Lots of cool ideas there.

Winter Stations Now on Display at Kew and Balmy Beaches