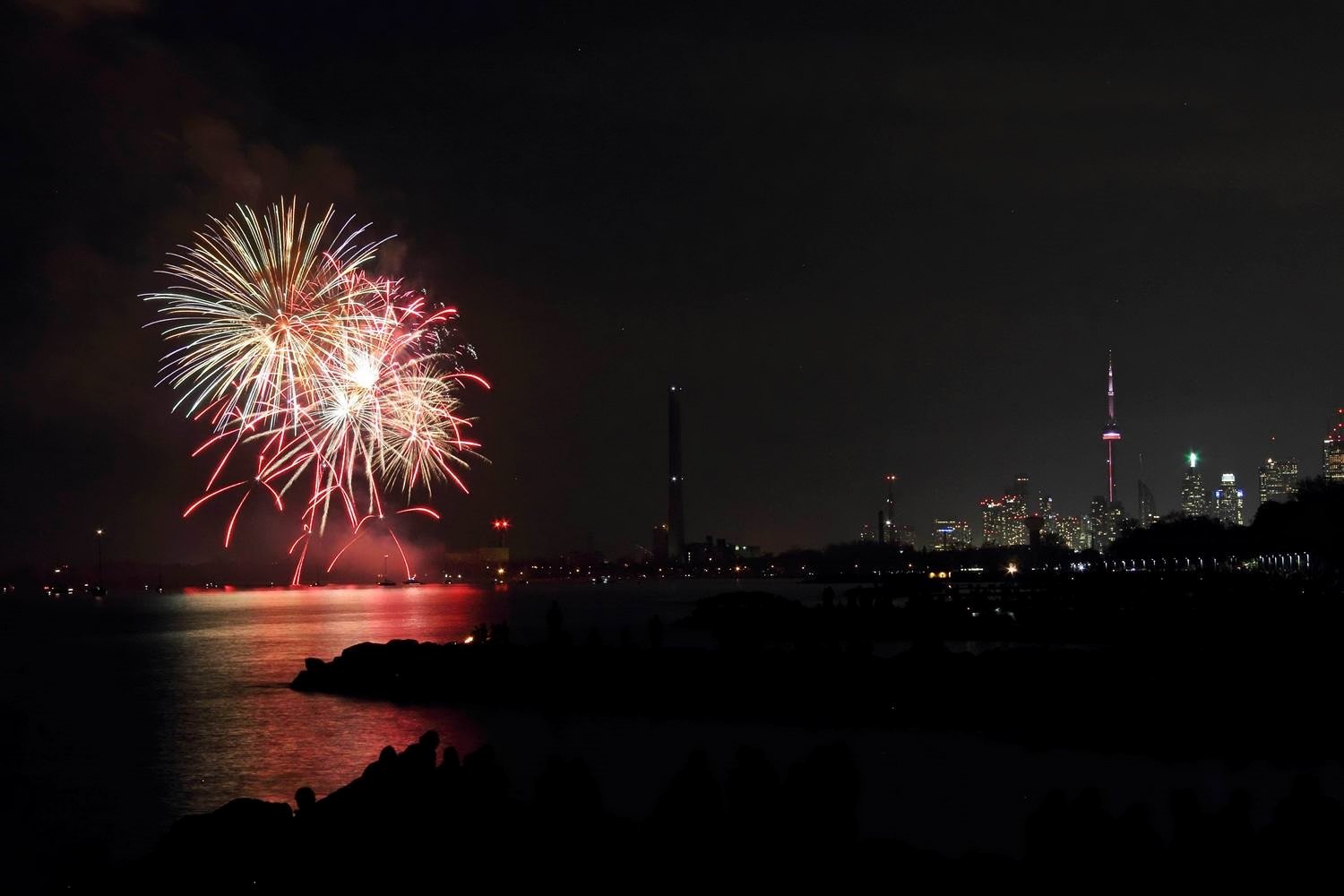 The annual Victoria Day fireworks 2014 at Ashbridges Bay, viewed from the far east end of The Beaches.

Last year I went to this same spot, the water’s edge at the R.C. Harris Water Treatment Plant, but I was really unhappy with the images I captured. That particular day was very windy, in fact a storm was blowing in and just after the display ended a downpour started.

Those weather conditions made it particularly difficult to get clean shots. Even though the camera was mounted on a tripod and was a still as possible the wind was blowing the fireworks in the air, causing a jagged effect on them in the images.

The Victoria Day fireworks 2014 provided much better weather conditions and the shots are somewhat better. My chances to shoot fireworks are few and far between (Victoria Day, Canada Day and New Year’s Eve) so I’m learning the technique a little better each time, but it’s still a work in progress.

It’s a lot of fun to shoot fireworks, but it’s also quite stressful. Once they start it all happens so fast that you don’t have much time to make adjustments. Most of the “how-to” info I’ve read suggests using ISO 100, but I realized mid-shoot last evening that I was so far away from the light source that I needed a higher ISO to get the brightness I wanted. Unfortunately that means there is a bit more noise in the images than I would like, so still going to have to play with that setting next time out.

Anyway, one more fireworks shoot under my belt and more lessons learned. Here’s hoping I find a good place to be on Canada Day.
:)SD