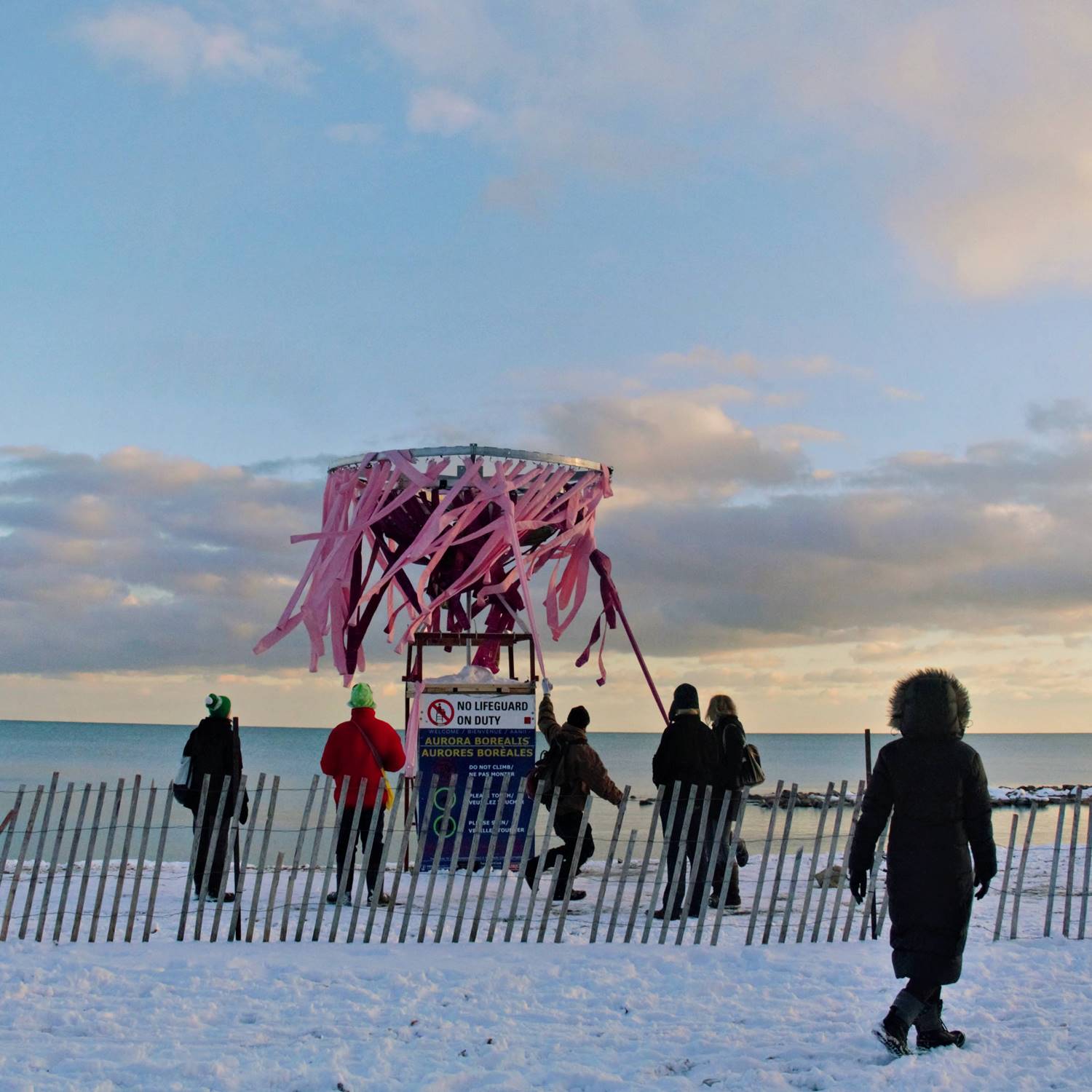 7 Lifeguard stations become works of art as Winter Stations in the Toronto Beaches.

I was so happy to discover that the Warming Stations art project returned to The Beaches again this year.

The temporary art installation stretches across 2 sections of the beach this time, at Woodbine near the pool, and further east along Kew-Balmy Beach.

I caught seven of the eight in total. Somehow I missed the one called “sauna”. Hoping to head back again to check it before they’re gone.

The installations will be on the beach until March 20th, 2016.

Designed by a team at OCAD University in Toronto

in the belly of a bear

Designed by a team at Ryerson University in Toronto

Designed by Elodie Doukhan and Nicolas Mussche from Montreal

Designed by a team at Laurentian University in Sudbury, Ontario

Art on the beach gets a warm reception